What are IQ tests?

Cognitive testing, intellectual testing, or IQ testing, as it is commonly called, is a type of psychological testing that looks at thinking style and strengths and weaknesses in different types of thinking.  IQ testing is a method psychologists use to assess intelligence. However, intelligence is a broad term and there is some controversy over whether these tests measure actual intelligence or simply certain abilities.

The concept of “Intelligence Quotient” (IQ) was first introduced by Alfred Binet, a French psychologist, in the early 1900s. IQ originally referred to someone’s “mental age” compared to his or her chronological age. Modern IQ tests no longer use this formula, but the term IQ persists.

There are many IQ tests in use today, some of them being the Wechsler tests (including the WAIS-IV, WISC-V, and WPPSI-IV), the Stanford Binet Intelligence Scales (SB5), and the Kaufman Brief Intelligence Test (KBIT-2). Each test measures multiple skill sets such as factual knowledge, short-term memory, abstract reasoning, and visual-spatial abilities.

What are IQ tests good for?

IQ tests measure specific skills such as certain facts, vocabulary, or some types of short-term memory. These tests are helpful in predicting school success. They are also helpful, in conjunction with academic tests, at determining learning difficulties.

What are the limitations of IQ tests?

Results of any intelligence test may be culturally biased. There is no such thing as a “culture free” test, but some are better at being more culturally fair than others. IQ tests do not assess skills such as social skills or creativity. IQ is thought to be somewhat stable, but scores can commonly change for several different reasons (fatigue, anxiety, lack of focus). Additionally, while IQ tests are fairly predictive of school success, they may not accurately assess someone’s personal talents or future potential.

Do I or does my child need an IQ test?

IQ tests are helpful in answering questions such as school placement or school programming. IQ, like any psychological test, should not be used on its own, but when combined with academic testing by a professional trained in these measures and who understands broader development and psychological functioning, it can be a useful tool in determining learning strengths and weaknesses. IQ testing and academic testing can help determine eligibility for certain education programs, accommodations at school or for standardized tests, and for admission to some schools. 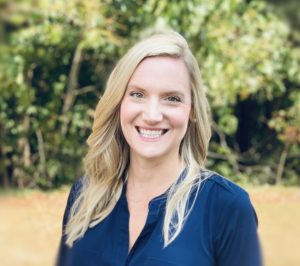